I designed the stairs as an historical progress of scripts per tread from the Ancient Greek through to Lichtenstein's 'Wham Bam Pow', finishing with an 'Octopussy' of the Franco Manca swirl of the client and 'Fish eat fish' in Sanskrit from the redemptive Hindu myth of Manu.

After a year's planning, drawing and creating specs, I completed two treads out of 28 when the patron decided to move elsewhere. 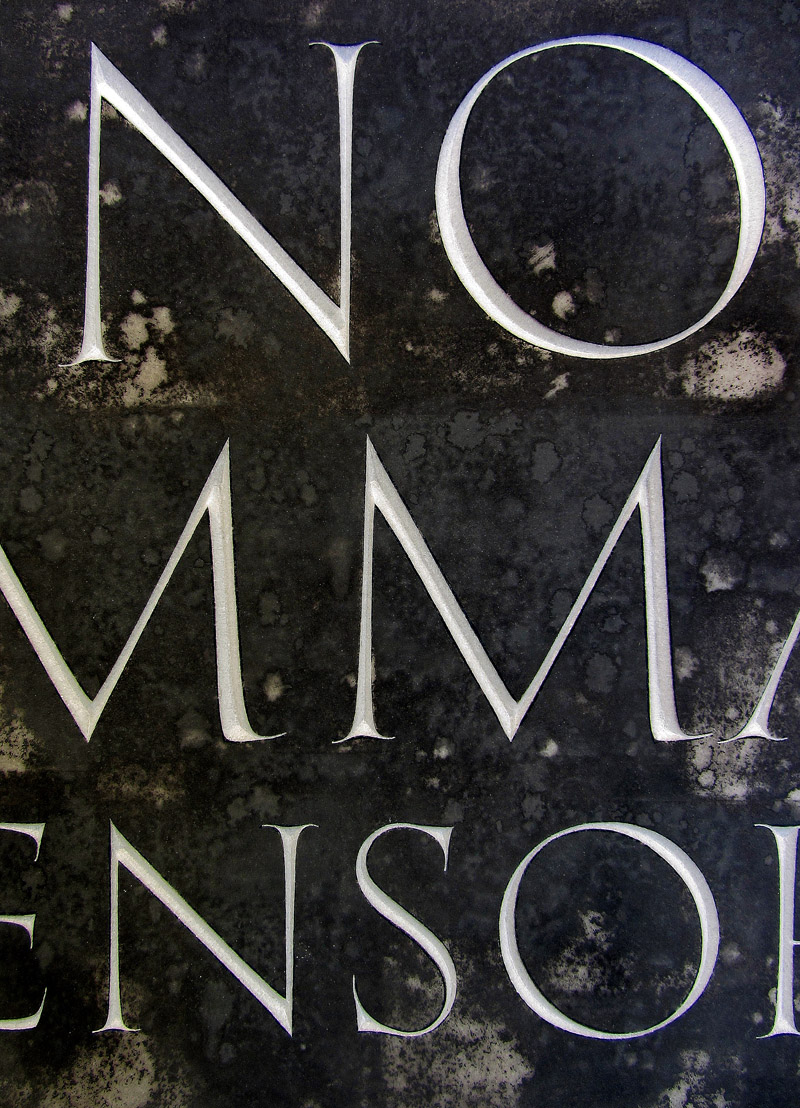 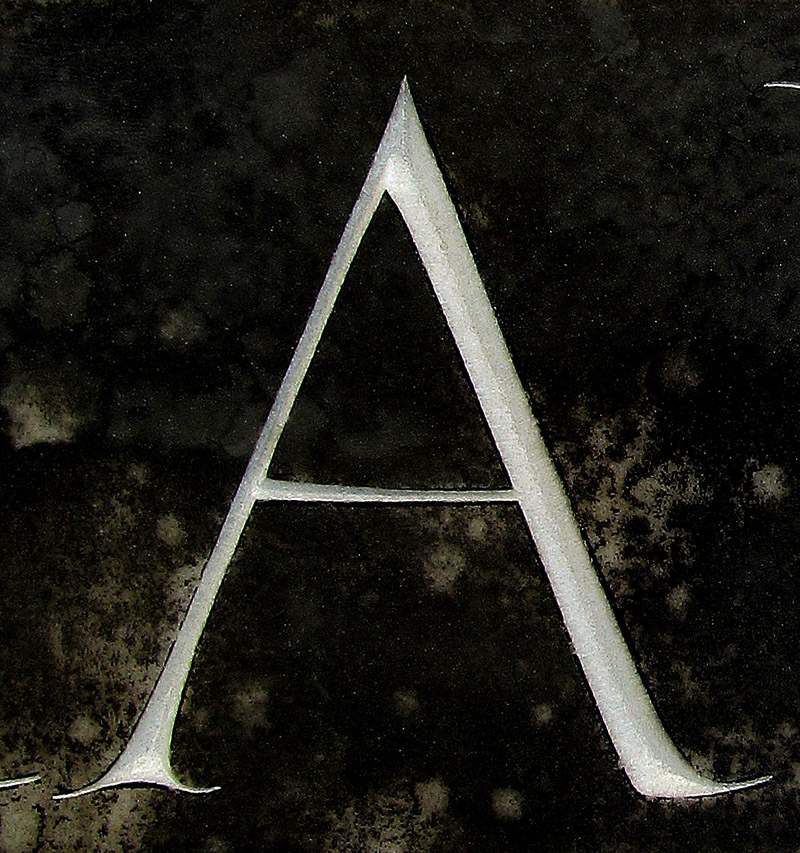 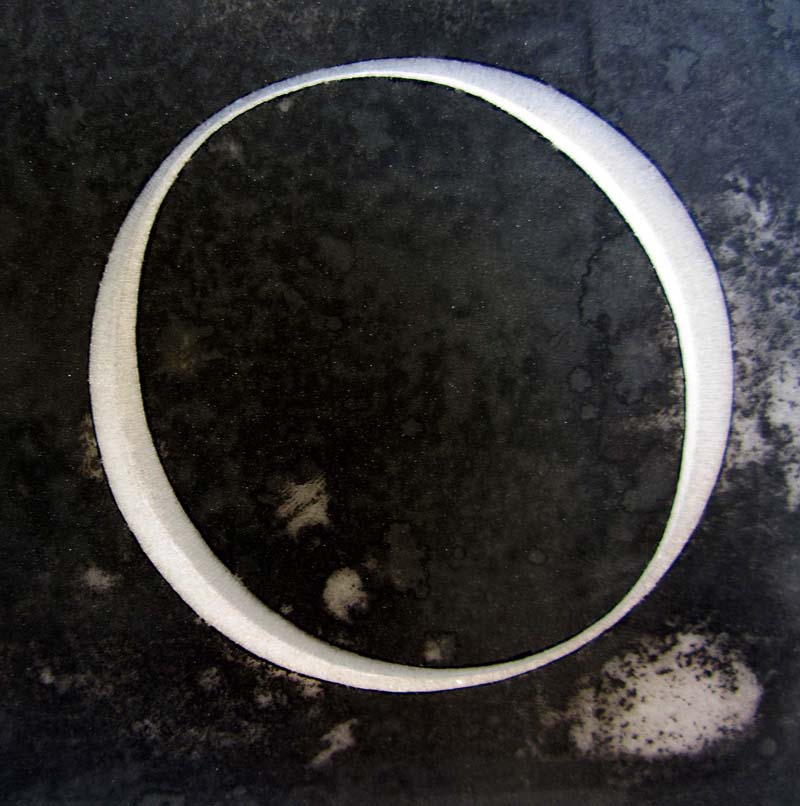 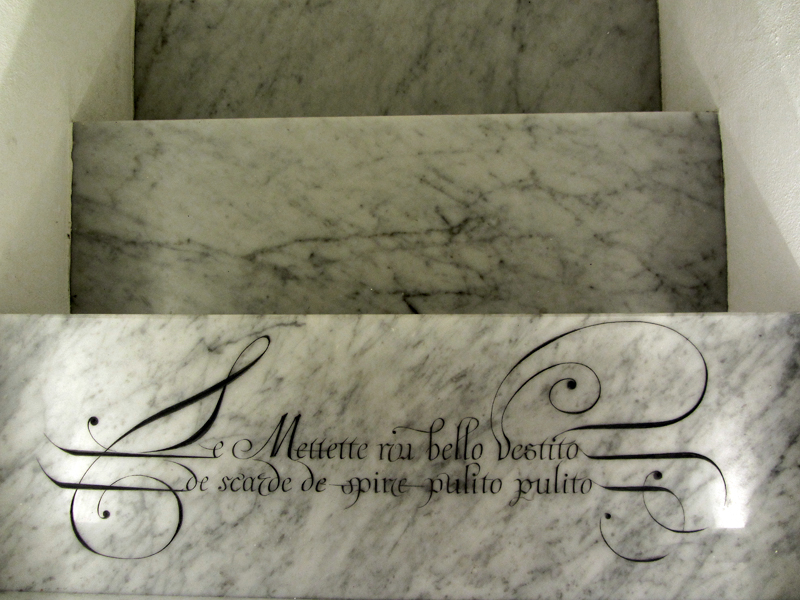 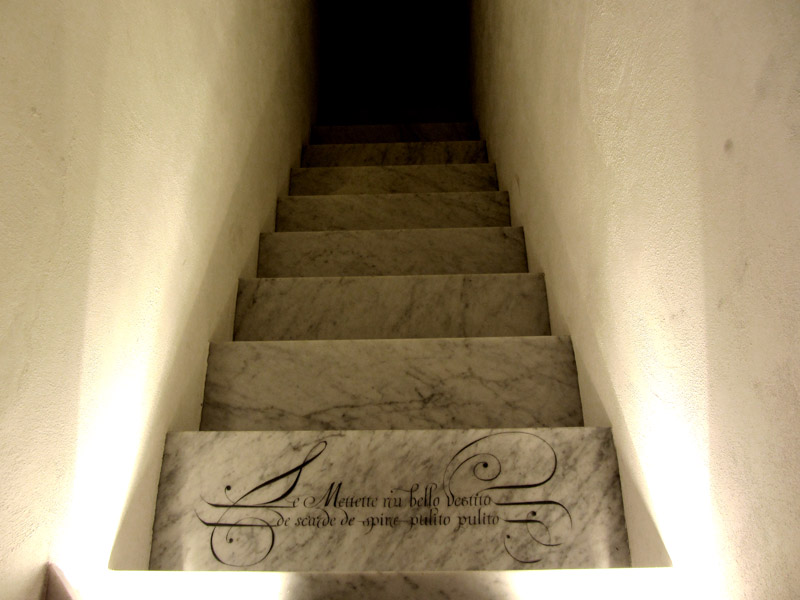 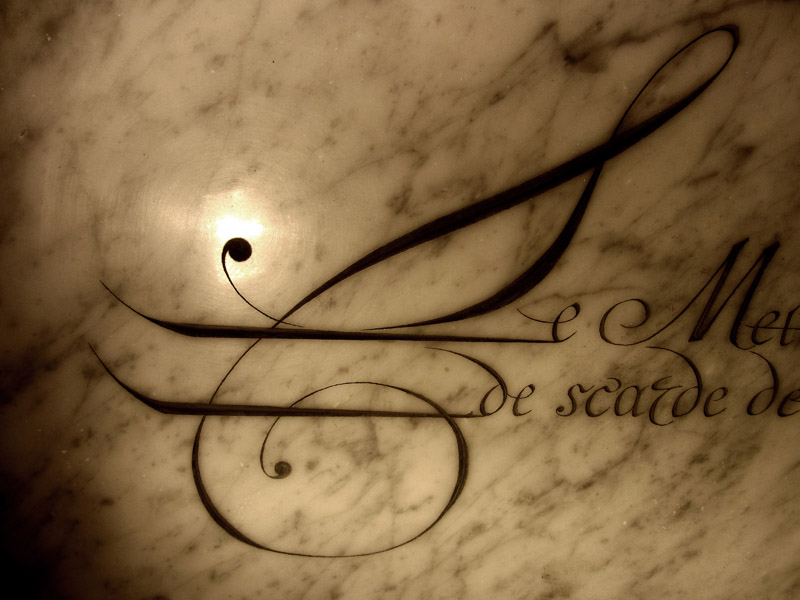 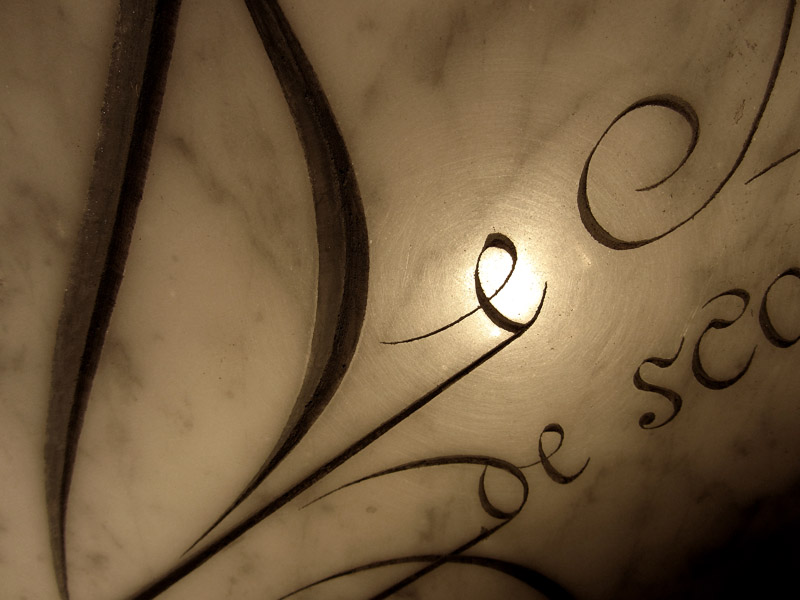 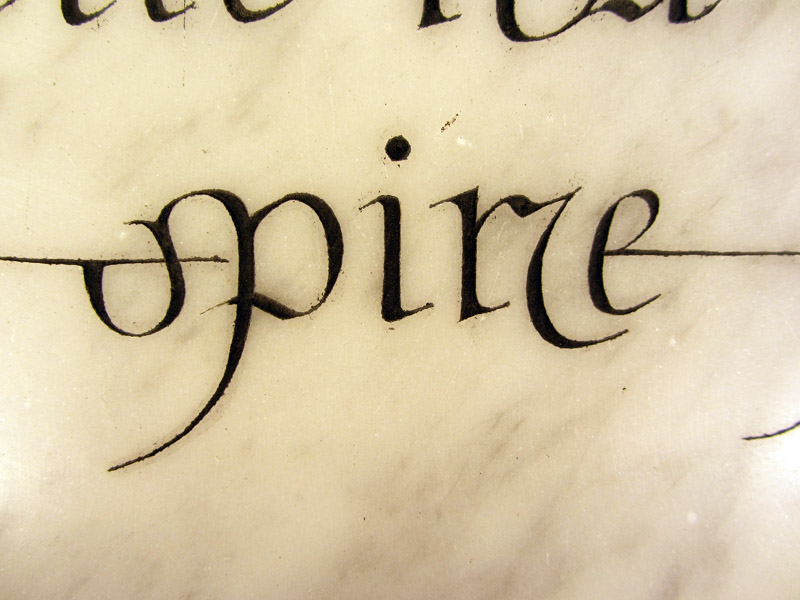 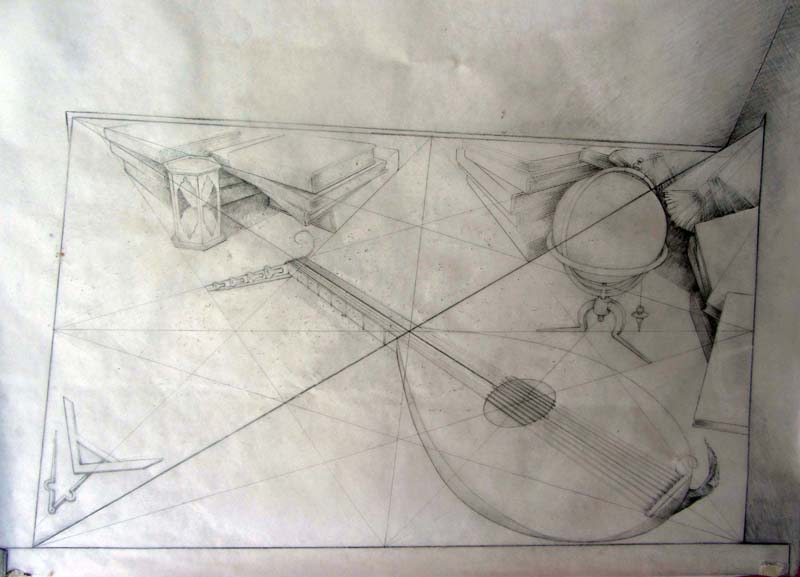 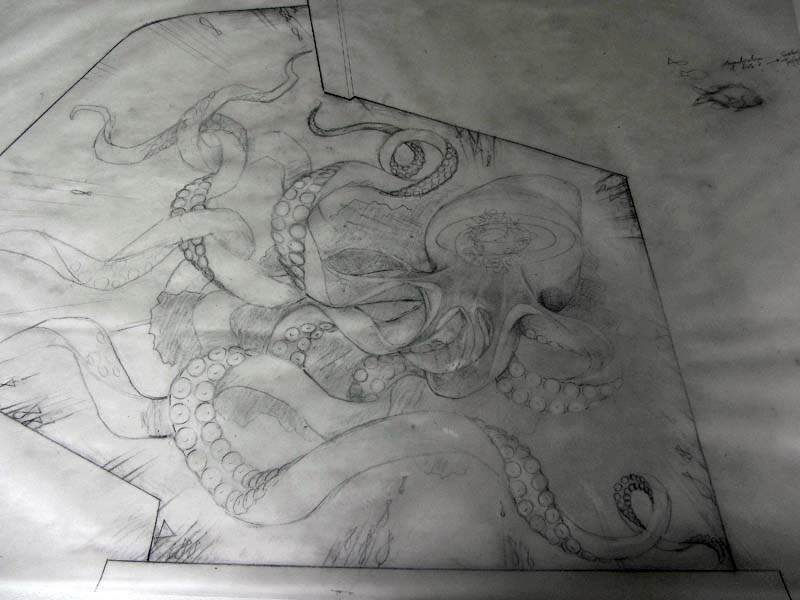 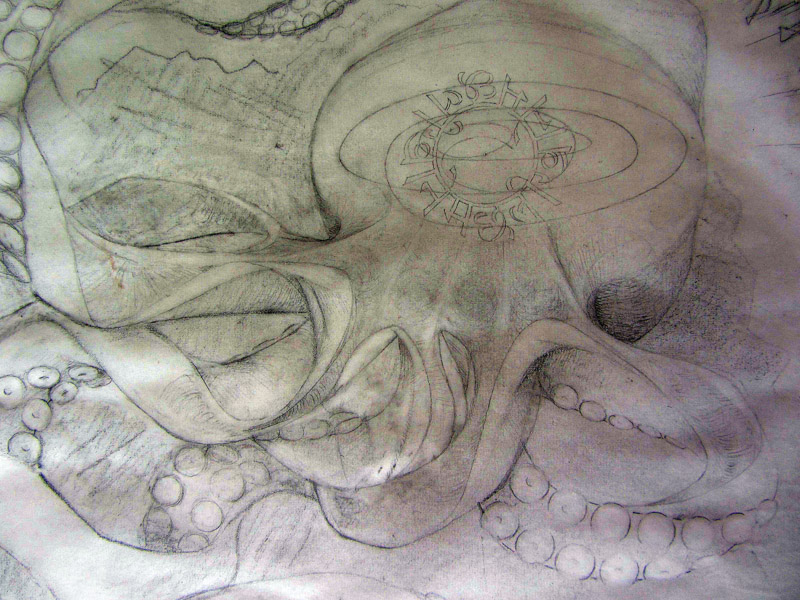 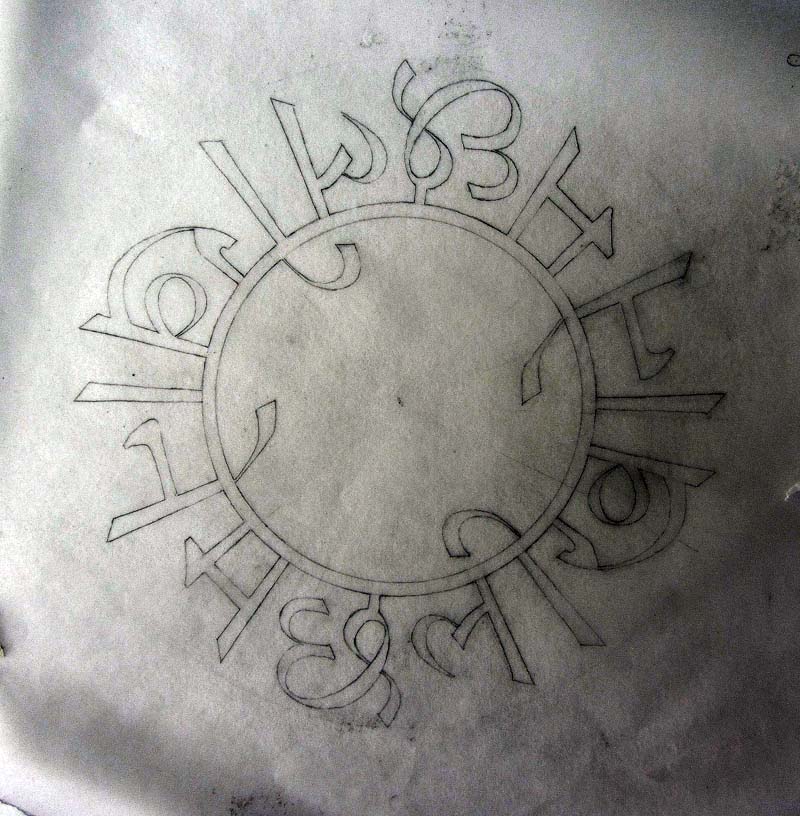